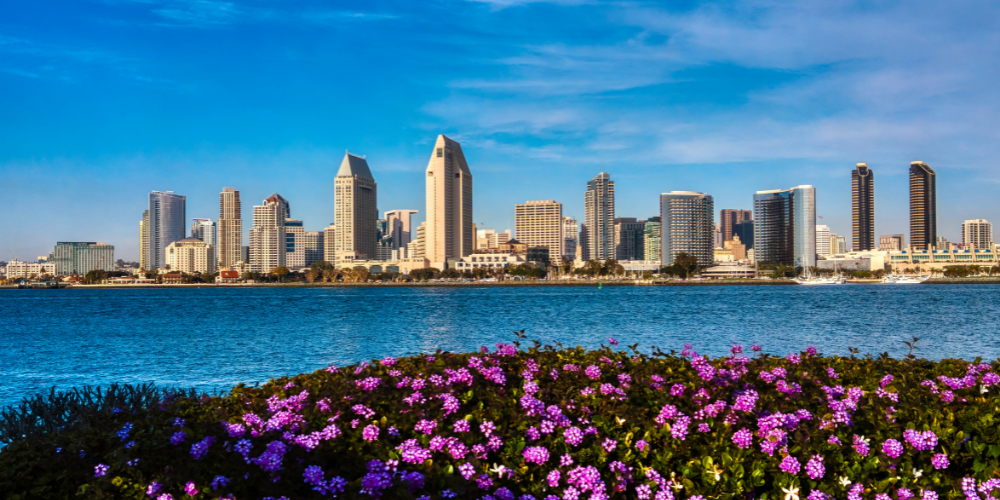 California’s sunny skies and glamorous cities are what come to mind most when people dream of living on the west coast. With that come names like Los Angeles and San Francisco – but the Golden State is much more than that.

Whether you’re looking at Brentwood apartments for rent or a condo in Oakland, you’ll want to consider these incredible cities when thinking of your next West Coast home.

Tucked in the southwest corner of the state is San Diego, the state’s second-largest city. Though a bit above average when it comes to the nation’s cost of living, it’s cheaper to reside here compared to other cities like New York and San Francisco.

The median household income here is approximately $80,000 and the job market is stellar. Those seeking a place to work can find it in military and technology companies, as well as areas that cater to tourism.

It’s Cali’s oldest city and so has many historical places to explore like the Mission San Diego de Alcalá and Gaslamp Quarter National Historic District.

There are many restaurants and clubs for nightlife, and museums and art galleries for activities to do whenever you please.

The San Diego Zoo is a huge attraction, as is the Birch Aquarium.

Long Beach is an LA suburb without the LA price tag. Living here is affordable and there are plentiful job opportunities that offer competitive salaries.

If you’re seeking higher education you’ll find quality classes in California State University-Long Beach, a public institution that is ranked in the top ten best schools for undergraduate teaching in the country.

On the other hand, if you’re looking to retire, Long Beach has a large community of retirees as well as great healthcare institutions like the Long Beach and St. Mary medical centers.

Long Beach is a fun place with bustling activity for those who love to be on the go. The Waterfront District offers spectacular views with its many attractions like Restaurant Row, East Village Arts District, and The Rainbow Harbor Esplanade where you can take a dinner cruise or go on a whale-watching excursion.

The Queen Mary is a historic British ocean liner that’s been converted into a maritime museum, hotel, and event venue.

The capital city of California in the north of the state is on the smaller side and brimming with history.

Old Sacramento harkens back to the 1950s Gold Rush Era and has many shops, museums, and restaurants. The California State Railroad Museum has a collection of restored steam locomotives and eight full-size trains built before 1880.

Sacramento’s job market is promising with offerings in the areas of government, agriculture, and transportation. 2021 saw a 9 percent increase in jobs in the area.

© Copyright 2019 Kitchen Design All Rights Reserved.
We use cookies on our website to give you the most relevant experience by remembering your preferences and repeat visits. By clicking “Accept”, you consent to the use of ALL the cookies.
Cookie settingsACCEPT
Manage consent

This website uses cookies to improve your experience while you navigate through the website. Out of these, the cookies that are categorized as necessary are stored on your browser as they are essential for the working of basic functionalities of the website. We also use third-party cookies that help us analyze and understand how you use this website. These cookies will be stored in your browser only with your consent. You also have the option to opt-out of these cookies. But opting out of some of these cookies may affect your browsing experience.
Necessary Always Enabled

Any cookies that may not be particularly necessary for the website to function and is used specifically to collect user personal data via analytics, ads, other embedded contents are termed as non-necessary cookies. It is mandatory to procure user consent prior to running these cookies on your website.